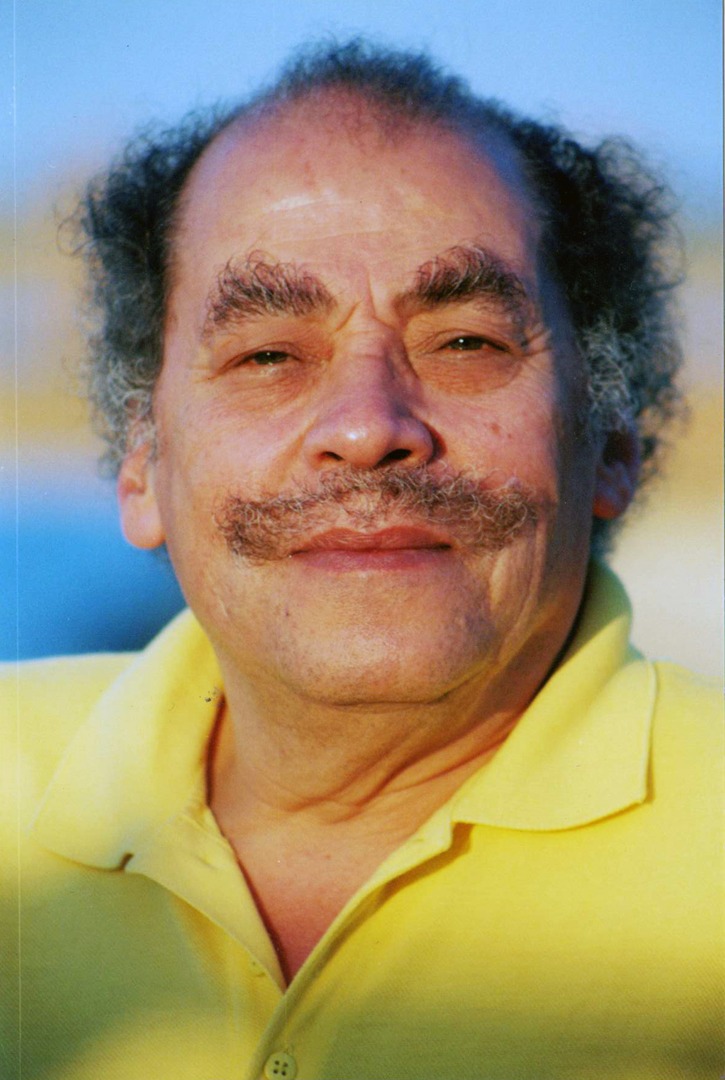 Born on November 9th 1936 in Mansoura city; being the eldest son of a strict family which raised him up in a disciplinary way.

Wechahi lost his mother at the age of four, which was the turning point in his life as it left a deep scar in his soul; he managed to overcome his pain by developing a passion for forming shapes. He spent his lonely hours as a motherless child munching on a loaf of bread creating shapes of animals with deliberated bites.

From that age, Wechahi has reached an exceptional methodology of thinking, which he had declared in Madrid in 1978 quoting “Now I can say that I almost think in the language of forms”.

Pursuing his dream of becoming a sculptor Wechahi left Mansoura at an early age and moved to the capital where he joined the Faculty of Fine Arts in Cairo.

His successful journey started in the second year of college, when he won the first prize for the amazing piece of art “The cold”; booking him an educational expedition to Europe. Said experience led him to conclude that he needs to explore more about the fine arts movement in Europe where he can do his postgraduate studies as well.

In 1963, Wechahi received his degree with honors, in 1965 he traveled to Spain and Italy, the most enriched artistic environments, as art is part of everyday life; where he finally fulfilled his goal by participating in the artistic movement for several years. (Spain 1967-1971, Italy 1971- 1974 and Spain 1975-1978) Wechahi earned his professorship degree from San Fernando Academy at Madrid University in 1978.

The artist's works travelled extensively around the world. In fact, the artist represented Egypt in several International exhibitions in Europe, North and Latin America. He was personally invited to participate in International Open Air Sculpture exhibitions in Spain, Italy and France.

For Wechahi the emotion of the artist is of utmost importance. Wechahi works with indefinite passion and stresses on Balance, which is the essence of his art. Wechahi's greatest challenge is working granite directly with no dummy form, previously done.

Wechahi's work are acquired by national museums, such as the Modern Museum of Art, Mahmoud Said's museum as well as the International Museums such as The Milano Modern Art- Open Air- Museum and the Contemporary Fine Arts Museum in Ibiza, Spain. Three Musical piano pieces were composed inspired by his sculptures by Italian-Swiss composer Silvano Berlusconi entitled: "Wechahi the sculptor".

Since returning to Egypt, Wechahi has contributed significantly to the country’s art movement by being a professor of sculpture at the faculty of fine arts in Cairo delivering his expertise and knowledge he gained over the years to thousands of students for more than 30 years. Moreover, he was a member of the committee of Fine Arts in the Supreme culture council On August 26th 2013, Wechahi passed away, however, his artistic legacy will prevail for decades as well as his famous words quote “I practice sculpture as an antibiotic to preserve my humanity”